Sign Up
Log In
menu
By continuing to use this application, you agree to our EULA.
I Agree
keyboard_arrow_up

P*ssy Eating Champ back again with another Lay Report. I finally feel like I’ve hit my stride when it comes to my text game.

There are a lot of voice messages and basically they are flirting back and for or sex talk using my voice and tonality. I use audio messages quite a bit now to draw more investment of the women and it makes you fucking stand out from all the other guys she texts

I go over to her place for a bottle of wine. I get there, see her in person and she looks like a solid 8/8.5 in person and I was “DAMN.” We go inside and start talking about “things that don’t really matter” while I’m making jokes to break the ice. We get to the kitchen and she immediately locks eyes with me and start to come in for a kiss. We have a slight makeout session before I pullback and say “We have to make sure our date goes we’ll first before anything else can happen 😏”

She laughs and agrees (even tho we both know we will have fun later). While we are splitting the bottle of wine she asks about the dating coach thing. I told her I’m like Will Smith from hitch only more charming 😉. She bursted out laughing. From there it was a lot of push pull, kissing and then pulling back, teasing then not teasing until we finally finished the bottle of wine and she took me into her bedroom.

From there we got busy in the bedroom 😏. From eating her 🐱 to me grabbing her hair while I’m hitting it from the back and everything in between. We finish up with cuddles and talking about our sexual experiences. I found out that she’s never been with a woman and it’s something she is very intrigued to do. So we’re on the hunt to make one of her many fantasies come true.

We ended up having round 2 and she gave me one of the best BJs I’ve ever had 👀💦🍆. I ended staying the night because I was so exhausted from our 2 rounds. In the morning we fucked again before I took off.

She was definitely fun and we had great chemistry off the bat. We had sexual frames from the start so it made being sexual from the jump that much easier. She was a very confident and unapologetic woman about wanting me and desiring me which I found very attractive 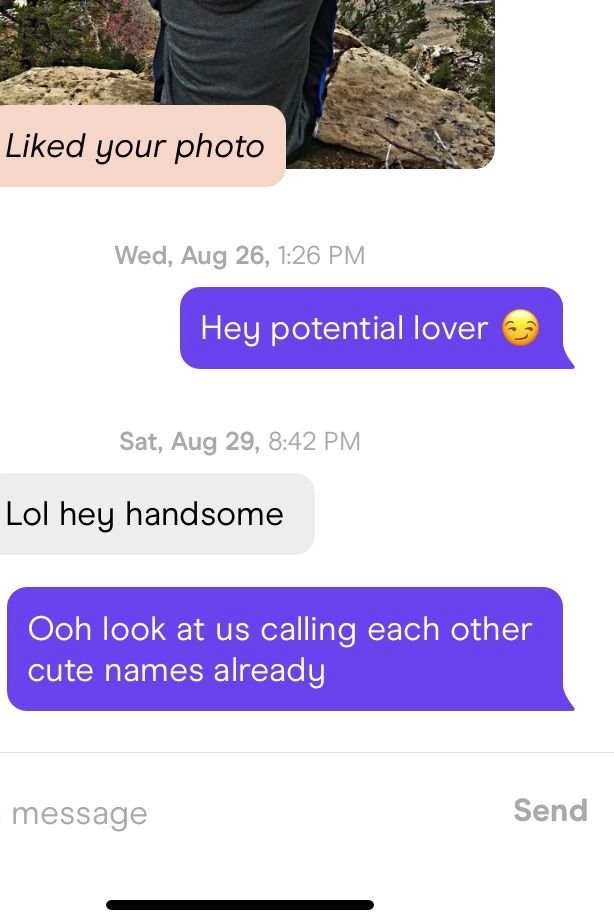 2 Comments
In order to view comments you must Log In!